My cousin Darryl offered some advice after I posted about making frozen latkes: “Get a real mixer instead of the crappy one you have now!” He even sent a link to a discounted KitchenAid 5-quart bowl-lift mixer at Best Buy so I wouldn’t have to do my own research.

So I did some research and decided that I didn’t want to get that mixer. Instead, I got a discounted KitchenAid 5-quart tilt-head mixer at Best Buy. It’s a little smaller than the mixer Darryl recommended and can only knead 4 pounds of bread dough instead of 7, but I think I can live with that limitation. 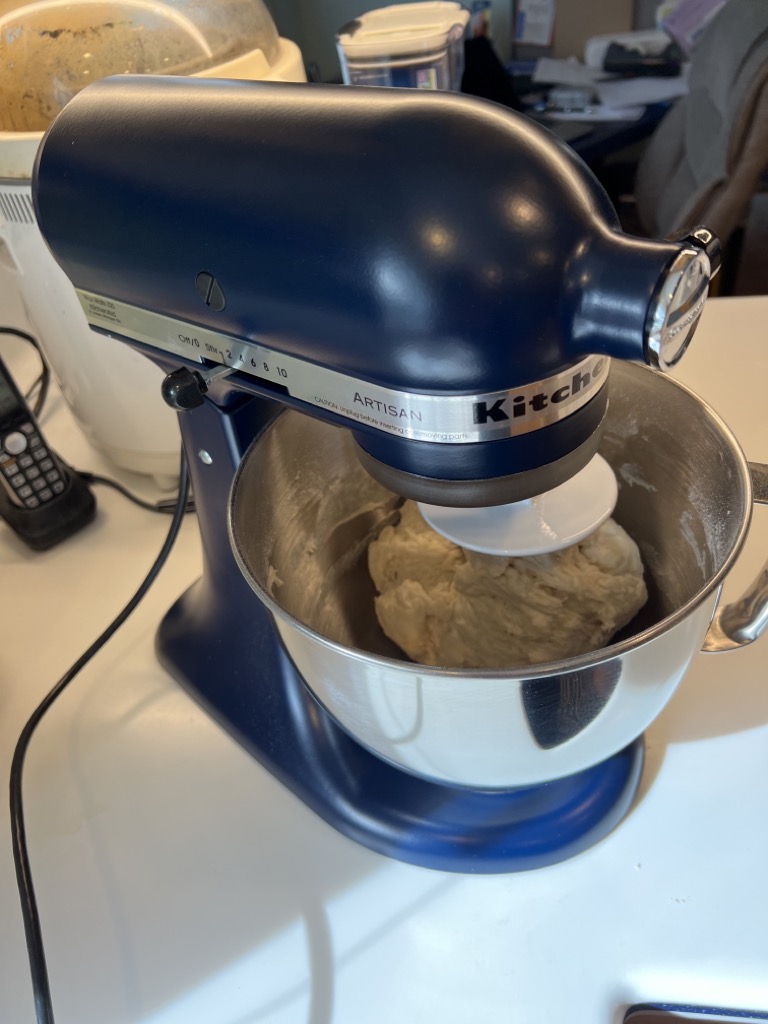 Thanks for the advice, Darryl!

2 thoughts on “OK, Darryl, you convinced me!”